The Royal Bahrain Hospital (RBH) is a model healthcare institution that has been widely recognised for its expertise and excellence.

Established in 2011, RBH is a 65-bed multi-speciality hospital providing a host of outpatient, inpatient, laboratory, radiology and round-the-clock emergency and pharmacy services in addition to the dedicated MRI Centre and Dialysis Unit.

The hospital offers expert care through its team of doctors and paramedical staff covering 28 specialities such as general surgery, pediatrics, urology, obstetrics and gynaecology, ENT, ophthalmology, cosmetology (Royal Aesthetic Centre), nephrology and others.

RBH has been awarded the Centre of Excellence in Metabolic/Bariatric surgery by the US-based Surgical Review Corporation. The hospital follows quality in every process and has been accredited by the Australian Council on Healthcare Standards International (ACHSI) since 2012. The medical facility has been awarded the Diamond Level accreditation by the Kingdom’s National Health Regulatory Authority (NHRA).

Making healthcare more accessible, RBH established its branch in Riffa, called Royal Bahrain Hospital Medical Centre (RBHMC), with the purpose of serving the community residing in and around Riffa. The centre, launched in 2013, has 12 specialities and has been served by resident and visiting doctors from RBH.

Also, keeping its commitment towards communities, RBH undertakes a number of corporate social responsibility activities and works with charitable institutes such as the Royal Charity Organisation, where it supports orphans and widows with treatments and counselling, and the Indian Ladies Association, through which it supports underprivileged children. The hospital also actively supports a variety of social, charitable and sporting organisations.

Royal Bahrain Hospital is part of KIMS Healthcare Group, which has spread over two geographical areas, India and the GCC region. The group has a total of 18 institutions comprised of hospitals and medical centres across India and the GCC. KIMS also operates airport clinics at the new Muscat International Airport.

The group has a combined bed strength of around 2,000 with more than 75-per-cent occupancy throughout the year. It employs more than 900 doctors and 2,000 nursing and allied health staff, who consult with and care for around 6,000 outpatients a day.

REQUEST A CALL FROM

REQUEST A CALL TO GIFT A STAY AT 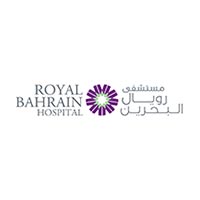 Sign up to our FREE Email Newsletter for regular updates on our best offerings.